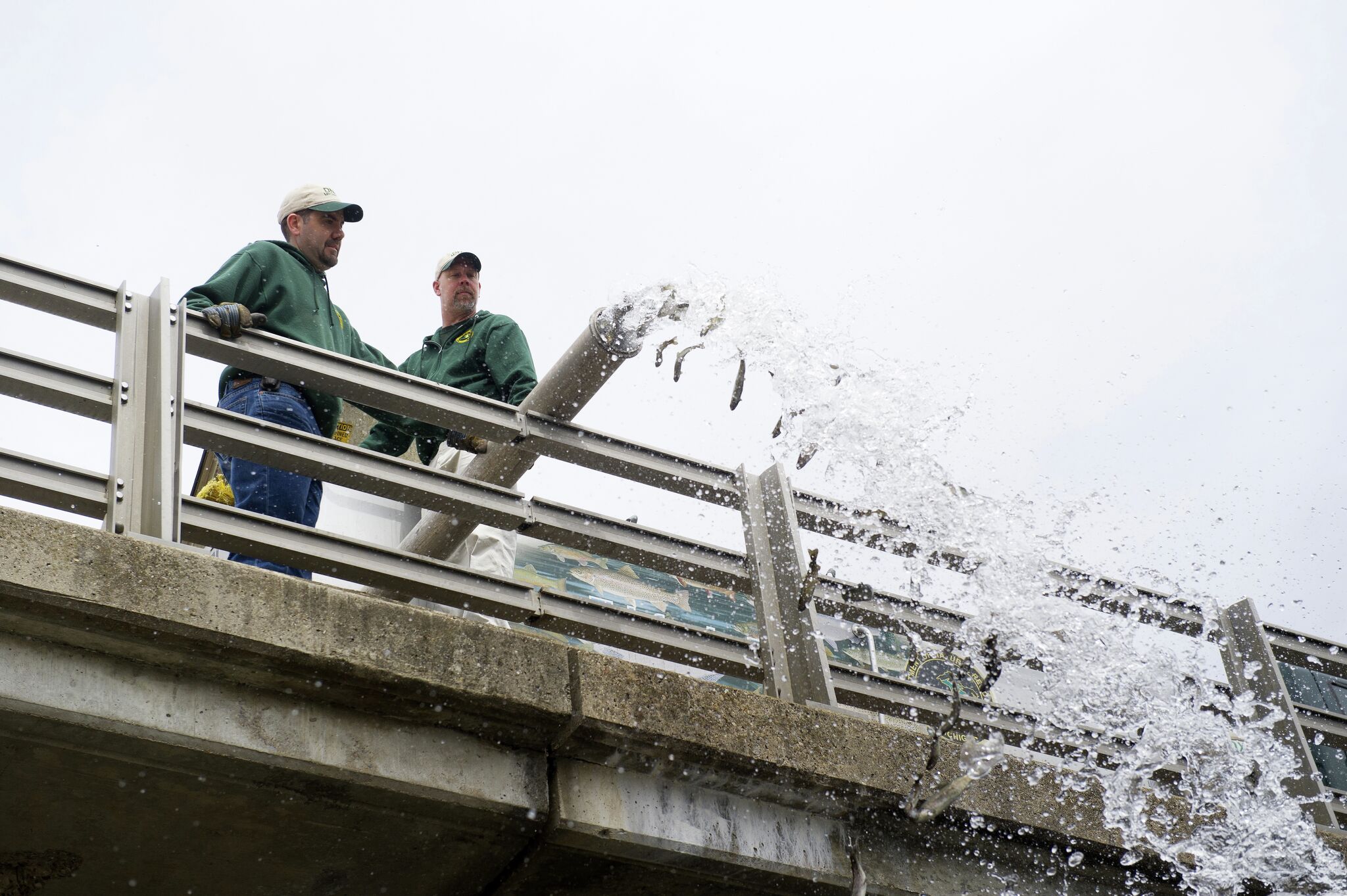 As spring approaches, you may find fish storage trucks releasing their precious cargo into hundreds of lakes and streams across the state.

From mid-March to early June, the DNR’s 18 stocking vehicles are expected to travel more than 100,000 miles to more than 1,000 locations in the state, according to a press release issued last week by the DNR.

“There are several reasons why we stock fish,” Ed Eisch, DNR fish production manager, said in a statement. “They can be stocked to restore balance to the ecosystem, to provide diverse fishing opportunities, or to rehabilitate depressed fish populations and reintroduce extinct species.”

The DNR does not stock above wild populations when it can be avoided. For example, the DNR has not invested in the farming of warm water fish such as bass and sunfish. These species are prolific breeders and even a small number of wild breeding fish can maintain viable populations, according to the agency.

But, hatchery fish are stocked to supplement natural reproduction when angling pressures and habitat limitations prevent wild fish from maintaining the “desired population level” on their own, the DNR said in the press release.

The number and type of fish stocked varies by hatchery. In Michigan, there are six state hatcheries and three cooperative hatcheries that work together to produce the species, strains and sizes of fish needed by fisheries managers.

The fish must then be delivered at a specific time and place for stocking to ensure their success. Typically, fish are reared in Michigan State hatcheries for between a month and a year and a half before being stocked.

“Many factors go into determining where and why fish are stocked in a particular lake or stream – in fact, this is one of the most frequently asked questions the department receives,” MNR said in the press release. “Some of these factors include current habitat, available forage, and predators and/or competitors in the water body.”

To find out if fish have been stocked in your preferred location, visit the DNR Fish Stocking Database at MichiganDNR.com/FishStock/.

Michigan’s fishing industry supports nearly 38,000 jobs and generates about $2.5 billion a year for the state’s economy, according to a 2016 report created by Michigan Department of Natural Resources officials. .

Surveys of Michigan’s 10,000 lakes and 36,000 miles of streams are also underway in parts of the state, as part of the state’s annual effort to collect data to determine where stocking is necessary.

DNR crews completed more than 260 fisheries surveys across Michigan in 2021, according to an April 12 DNR press release.

Surveys found that most lakes and streams in Michigan have healthy, self-sustaining fish populations, according to the release.

The surveys, which are taking place in southern Michigan and begin in May on the Upper Peninsula, are useful for tracking inland fishing populations, assessing whether stocking is increasing angling opportunities, or addressing angler concerns while throughout the year, according to Jay Wesley, DNR Lake Fisheries Division Michigan Basin Coordinator, in the release.

“Management units stepped up last year and conducted these surveys safely to assess whether management actions, such as stocking or habitat improvement projects, were having the desired effect,” Wesley said in the statement. “Surveys help us understand whether or not our management actions have resulted in better recreational fishing in certain areas or improved the overall health of a lake.”

Why Tax Refund Loans Are Bad: Fees, Interest, and Risk