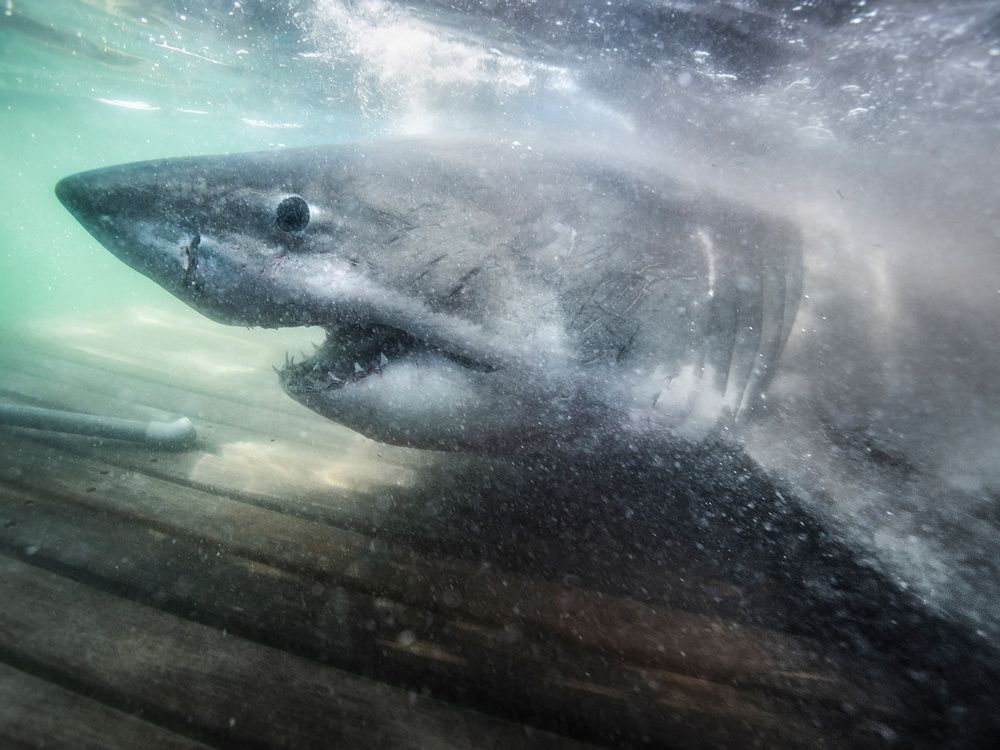 Rizzo: Summer on Cape Cod—great white sharks are back

With the scorching days of summer finally here, many Canadians are flocking to their favorite beach destinations such as Cape Cod to soak up the salty air. But Cape Cod has sharks.

For generations, Cape Cod, Mass., has conjured up images of idyllic summer fun. A quiet place. Here, casting horseshoes on dune-backed beaches, fishing off piers, digging clams and watching sailboats drift by are part of everyday life. Whip families on bikes to their favorite lobster shack and you have the perfect recipe for a wholesome good time.

However, Cape Cod is not always the pleasant and docile lamb that one imagines. The weather during the off season can be harsh and unpredictable and depending on how far away one lives, isolation can be a real issue. The locals, however, are of tough stock and are masters at both braving the elements and beating the monotony. Windbreakers are strictly and happen to be a natural outfit for outdoor enthusiasts who visit this wonderland every year. A wonderland indeed. Where else could you escape to a remote barrier island steeped in history, visit a seabird sanctuary and spot a humpback whale in the distance? With the Woods Hole Oceanographic Institution nestled in its southwest corner, 900 miles of coastline, and more than a dozen lighthouses to explore, Cape Cod is nothing short of a maritime sanctuary.

So much so that a new kind of vacationer is coming to town: the great white shark.

There have always been occasional sightings of sharks (Jaws, after all, was filmed just off Martha’s Vineyard), but it had been ages since the predator had made a regular appearance on these shores. Since their return in 2009, the great whites have faithfully reappeared every year to feed on gray seals. Sightings typically begin in June or July and last through October, but this summer is already looking a bit different with the first sighting, confirmed by the Atlantic White Shark Conservancy, on May 29 near Nantucket. These sharks, it seems, can’t come back fast enough.

The recent increase in the number of great white sharks may in part be explained by a seal nursery discovered in the waters of Montauk, NY, just south of Cape Cod. The question everyone asks is: where do the seals come from? According to Greg Skomal, a Massachusetts marine biologist and recognized authority on Atlantic white sharks, conservation efforts made possible by the Marine Mammal Protection Act (passed in 1972) have helped restore seal populations and when the seals came back, well, so did the sharks.

For many years, there has been a battle over shark tagging between state researchers and nonprofits. The former claimed that the activities of non-profit research groups compromised the studies of their researchers; the latter claimed that they had been refused permits. Although the two groups theoretically do not conduct research in the same waters due to licensing laws (state researchers operate in state waters while non-profit groups operate in federal waters), egos, interference, and hindrances to research always seem to be a bit of a problem.

Everyone involved will soon have to work out their differences and help keep the beaches safe, as the great white sharks are moving back to their former home for good, where they can gorge on their favorite meal. Plus, Sable Island, Nova Scotia is home to the largest gray seal breeding colony in the world and it’s not too far from Cape Cod.

Although sightings are common, actual shark attacks are rare. The Atlantic White Shark Conservancy has developed the Sharktivity app: a tracking app that notifies swimmers of confirmed and unconfirmed shark sightings. In addition, the water depth is crucial in determining bathing safety. The shallower the water, the safer it is to swim in a shark. Researchers are currently studying eating habits. Once these patterns are established, it will be easier to plan the safest times to get in the water.

Until then, try not to go too deep.

Fatima Rizzo is a Montreal writer and ocean lover.

Sign up to receive daily news from Ottawa Citizen, a division of Postmedia Network Inc.

Thank you for your registration!

A welcome email is on the way. If you don’t see it, please check your spam folder.

The next issue of Ottawa Citizen Headline News will soon be in your inbox.

We encountered a problem during your registration. Try Again

A couple of farmers want to create a new cheese