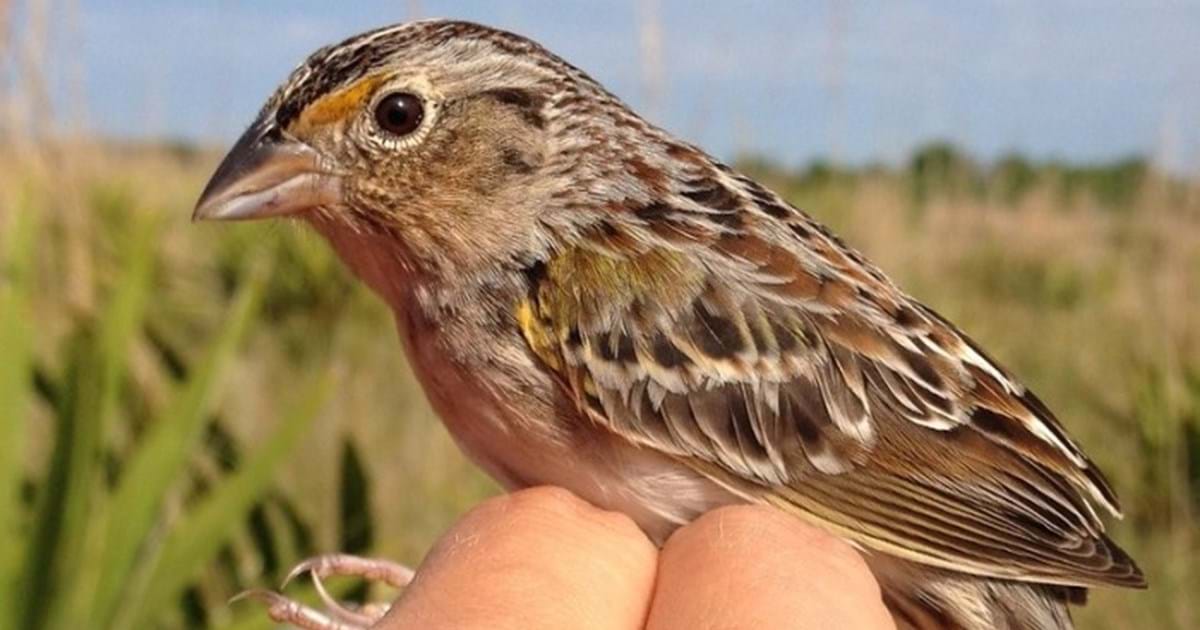 It wasn’t the most spectacular animal release ever, but it was a milestone for one of North America’s most endangered birds. On June 1, the 501st The grasshopper sparrow completed its journey from White Oak Conservation with 12 friends, flew out of its enclosure and joined its fellows in the wilderness of central Florida’s prairie.

Florida grasshopper sparrow populations were in decline prior to 2019 due to habitat loss, among other factors. Without intervention, the extinction of these small birds was a real possibility. In response, the Florida Fish and Wildlife Conservation Commission (FWC), U.S. Fish and Wildlife Service (Service), White Oak Conservation, Fish & Wildlife Foundation of Florida (Foundation) and partners collaborated on a multi-pronged strategy including a conservation-recovery and release program to bring them back from the brink.

The first releases were in May 2019 and since then the population of wild Florida grasshopper sparrows has increased. A year after the first release, biologists detected released birds successfully mating and breeding with wild Florida grasshopper sparrows. In 2021, biologists confirmed that some offspring produced by released birds had themselves become breeding stock. During the 2020 and 2021 breeding seasons, 65% of young that were produced in the wild at the release site were from nests that had at least one parent that was part of the recovery program. From 2019 to 2021, biologists found an 84% increase in the sparrow population at the original release site.

“Along with other important conservation measures, such as habitat management and nest protection, the conservation-recovery and release program has had a clear positive impact on the Florida grasshopper sparrow population at the site. of release,” said Juan Oteyza, senior sparrow researcher at the FWC’s Fish and Wildlife Research Institute. “We are incredibly pleased with these results, but Florida grasshopper sparrows are still critically endangered and so we must remain committed to our conservation efforts to create a more resilient population.”

Since 2012, the Service, FWC, White Oak Conservation and the Foundation have dedicated significant financial and human resources to the recovery of the Florida Grasshopper Sparrow, including proceeds from the Foundation’s “Conserve Wildlife” license plate. .

“We are delighted with the progress the program has made over the past few years,” said Mary Peterson, Endangered Species Recovery Biologist for the Service. “Many of the lessons we learned with the Florida grasshopper sparrow could be applied to other species at risk in Florida, such as the endangered Cape Sable coastal sparrow, or other grassland birds.”

The program has grown in recent years, including other conservation breeding facilities including the Avian Preservation and Education Conservancy, Brevard Zoo, as well as support from the Welaka National Fish Hatchery. In 2021, the expansion of the program included the release of 99 sparrows from these partners to a second site, where the partners are starting to see positive results.

In addition to the success of the conservation, breeding and release program, crucial bird habitat has recently been conserved. With 6,000 acres of sparrow habitat, the DeLuca Preserve in Osceola County has one of the largest known breeding populations of grasshopper sparrows in Florida.

“This is a once-in-a-generation gift of 27,000 acres of land,” said Foundation President and CEO Andrew Walker. “Conserving these lands has been a key part of pulling the Florida grasshopper sparrow away from the brink of extinction.”