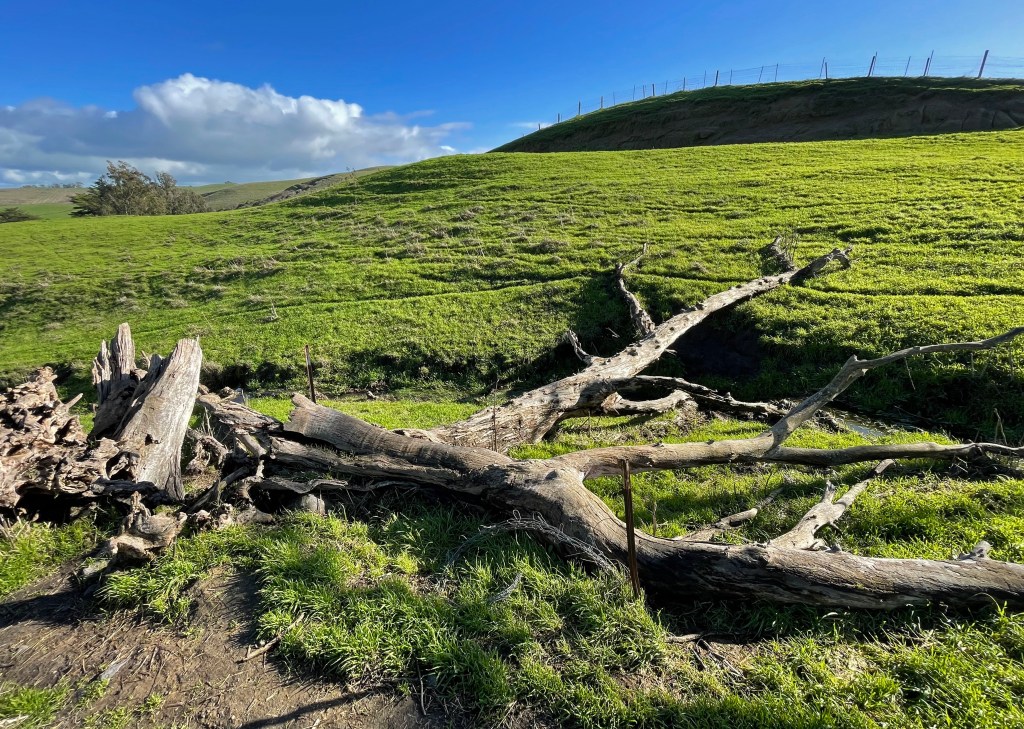 The California Coastal Conservancy grant will go to a series of $ 1.6 million projects on ranches and farms. The projects aim to improve land in a way that sequesters carbon dioxide from the atmosphere while improving soil health, water reliability and wildlife habitat.

Marin’s latest climate plan aims to reduce greenhouse gas emissions by 60% by 2030 from 2005 levels, or about 53% from 1990 levels. Among the strategies outlined in the plan, Carbon agriculture would account for the greatest amount of carbon dioxide reduction, about 33%.

The projects will be led by the Marin Resource Conservation District, which has previously helped plan and implement carbon cultivation efforts at 20 ranches as part of the multi-agency Marin Carbon project.

Each ranch gets its own carbon cultivation plan that sets out a series of practices, including improving habitat, planting trees, mulching and composting, fencing cattle from streams and more.

â€œWe have a prescription of practices that they can implement,â€ said Nancy Scolari, executive director of the Marin Resource Conservation District. â€œIf it’s in a dairy, it could be installing a methane digester or installing a windbreak or a cover crop. “

Approximately 15 to 20 projects will be implemented on eight ranches in West Marin. The projects are expected to reduce 250 metric tonnes of carbon dioxide emissions per year, or the equivalent of 198 cars driven in one year.

One of the sites is Toluma Farms in Tomales, a sheep and goat dairy owned by Tamara Hicks and her husband David Jablons. The farm plans to plant gray willows and sedges along a largely cleared section of a stream bed and ravine that runs through its property and heads towards Drakes Estero.

Benefits of the project will include carbon sequestration, reduced erosion in the Stemple Creek watershed, and more pasture conservation for the herds.

The Effort is the last such project on the farm. In January, the farm planted 450 trees at the top of the property for a windbreak.

Hicks said working with organizations like Point Blue Conservation Research, the US Natural Resources Conservation Service, and the Marin Resource Conservation District, who have decades of technical experience, has been a huge advantage. Additionally, the project is working with the Federated Indians of Graton Rancheria on the best placement of gray willows, which the tribe uses for traditional basket weaving materials.

â€œIt was one of the best days I’ve had all year,â€ Hicks said, recalling a site visit with tribal and project representatives earlier this month. â€œSometimes it’s so hard with the drought and the pandemic and it’s hard to run a farm financially, you have those days you think, why are we doing this? “

A similar project is underway in a seasonal stream at the Straus Home Ranch in Marshall owned by Vivien Straus. The 166 acre ranch is used for grazing heifers.

â€œWhat’s going on is you have this amazing gift of getting property and I want to do the right thing,â€ Straus said. â€œI desperately want to make sure that whatever I do at the property, I am responsible and taking care of it. And to have an impact on climate change would be incredible. “

The Marin Resource Conservation District also plans to use part of the funds to purchase a no-till planter that can be shared among farmers. The drill allows farmers and ranchers to plant seeds without disturbing the soil and releasing carbon dioxide into the atmosphere.

â€œIt’s like a surgical slit and a drop of a seed rather than turning the soil over,â€ Scolari said.

While Scolari is happy with the program, she said the county still has a long way to go to meet its goal of implementing carbon farming plans for 60 farms and ranches on 30,000 acres by 2030.

â€œWe have to do the job now and we have a lot of work to do,â€ Scolari said. â€œBut we have a community of breeders who want to do it. We have over 60 ranchers who are on a waiting list to try to do this job. The demand is there, we just need to put the funding in place to do it. “

The latest batch of projects are primarily funded by the $ 1 million state grant, but received an additional $ 667,000 from various sources, including $ 225,000 from Measure A sales tax, which expires on March, 31st. The county is preparing to launch an initiative in June. 7 ballot to renew the tax.

The Marin Resource Conservation District receives about $ 130,000 a year from the tax, which Scolari says it can leverage to secure state and federal grants for carbon farming and stream restoration projects.