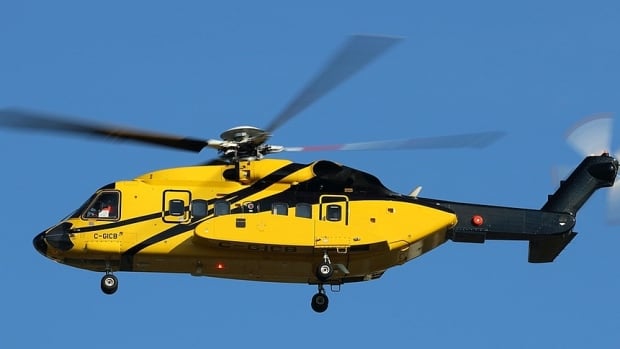 A law firm in New Glasgow, Nova Scotia, has launched a class action lawsuit after a helicopter went into freefall – twice – and nearly crashed a rotor blade hit the ocean while attempting to transport workers to an oil rig near Sable Island two years ago.

The lawsuit seeks damages for the suffering of the 11 passengers and their psychological injuries, including PTSD, as well as damages for loss of earning capacity, medical care and legal costs.

The first leg of the flight which departed from Halifax Stanfield International Airport just before noon on July 24, 2019 was uneventful, although visibility was poor that day due to fog.

The helicopter made two attempts to land on the offshore platform’s helideck, but both failed because the captain and first officer could not see the deck, platform, or the horizon.

It was on the third landing attempt, after the crew spotted the helideck – but still couldn’t see the horizon or the water – that things went wrong.

As the helicopter approached the landing pad, the nose of the aircraft was too high, the helicopter banked to the right, approached at a slower than normal speed and was in an increasingly rapid descent. But the crew did not notice these dangers because one of them had disengaged the autopilot functions that would have alerted them.

Although one of the crew eventually checked the instrument panel and found that the nose was too high, he still did not notice the rapid descent or the slow forward speed – perfect conditions for a helicopter entering what is called a vortex ring state. This is when the air patterns around a helicopter change and the rotor cannot hold the plane in the air and it begins to drop uncontrollably.

At one point, the helicopter, which was then falling at a speed of nine meters per second, nearly crashed into the offshore platform.

Now 30 meters above the water, the surveillance pilot put his hands and feet on the controls to prepare and try to help the pilot flying level the plane before the expected impact with the ‘ocean.

Now 20 meters above the water, passengers “felt the helicopter shudder and bank sharply to the right”, and “displays and systems all went blank and alarms went off”.

“At the point of near impact, the engines were throttled past the limit, extremely loud, torqued to a much higher capacity,” the statement read. “Class members could hear the engines screeching as ocean water sprayed all over the windows.… Class members thought the helicopter was crashing into the surface of the ocean at high speed and they were going to die.”

Robert Kenney, the plaintiffs’ representative in the lawsuit, said: “If you can imagine your life flashing before your eyes, everything was going crazy. Everyone on the helicopter, there was a lot of screaming and screaming .”

Another passenger, Donald Shupe, said the fall into the water appeared to have happened within seconds.

“We went sideways and I smashed my head against the window and then, you know, I was looking at some water,” he said. “I looked at everyone and said, ‘This must be our day.’ … I was vibrating inside because I didn’t think we were really going to make it. Honestly, I thought that was it.

All of a sudden, according to the statement, “in the last small fraction of a second”, due to the extremely high torque and the aircraft tilting so far to the right, the helicopter came out of the state of vortex ring.

“The helicopter stopped falling no more than a few meters above the surface of the ocean when the landing gear and the bottom made contact,” the court document states. “Class members observed the tip of the main propeller blade hitting the ocean surface.”

The pilot then flew the helicopter, still in a spin, to an altitude of approximately 411 meters as the crew continued to try to stabilize it.

Then the plane began to fall again, out of control, and flew over Sable Island in this fashion until the pilot could regain control.

The trip back to Halifax was “rough and noisy,” the statement said.

“Class members were already in a state of extreme mental and physiological stress. Class members remained in a heightened state of excitement throughout the return flight considering the way the helicopter was flying, noisily and jarringly, at low altitude, with systems down and on autopilot.”

Kenney said he was diagnosed with PTSD because of the incident and was unable to concentrate as well as he could in the past.

“It looks like I’m still lost in space,” said Kenney, who lives in Sheet Harbour, Nova Scotia. faded away.”

Although Kenney has been overseas twice since then, he recently turned down a job offer in the industry because he was too anxious about flying. He said he now has to work many more hours at his job on land to make up for the wages he lost, which has affected his lifestyle and his family.

Shupe, of Triton, Newfoundland, said he returned to work about a year after the incident, but was later fired.

He also said he lived with the memories of that day and had nightmares about helicopter crashes.

“I’m not the same person today as I was two years ago. And I know that if I don’t have professional help, God forbid, I don’t know what’s going to happen. “

The lawsuit alleges that the company authorized the destruction of recordings of conversations between the two pilots before they could be heard by investigators.

A Transportation Safety Board of Canada investigation found the helicopter, which was retired from service after the incident, came to rest just four meters above the water.

The report also found that the company’s operating procedures did not provide enough guidance to the flight crew to ensure their landing approaches met industry-recommended standards and did not warn the dangers associated with overtaking the autopilot in poor visibility.

Pictures, Characteristics and Facts of the Mountain Feist Dog Breed