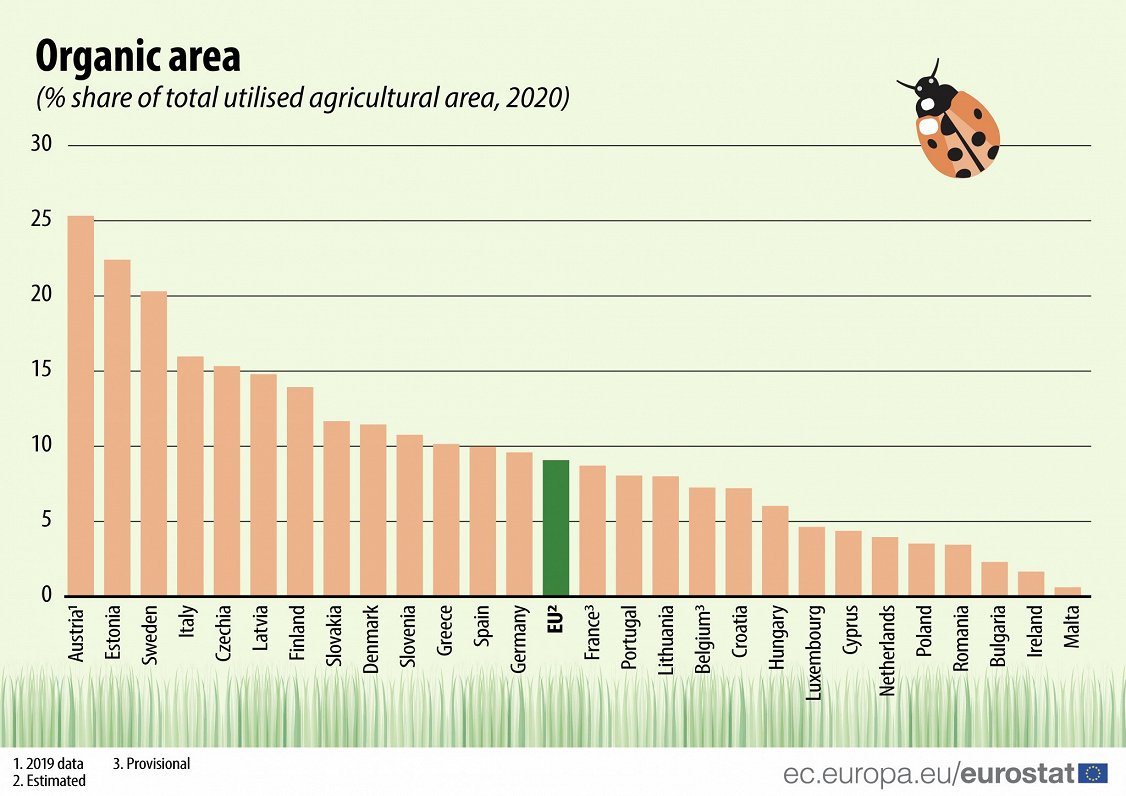 Latvia sixth in the EU for organic farming / Article

Between 2012 and 2020, the share of agricultural area used for organic farming increased in all EU Member States except Poland.

In 2020, the highest shares of organic agricultural land in the total UAA were in Austria (25%), Estonia (22%) and Sweden (20%). In contrast, the share of organic farming was below 5% in eight EU Member States, with the lowest shares in Ireland and Malta.

In 2020, in 8 EU Member States (Lithuania, Netherlands, Czechia, Sweden, Ireland, Estonia, Latvia and Luxembourg), more than 90% of organic crop areas were declared certified. The other 14 EU member states had ‘certified organic’ shares between 70% and 90%. The lowest shares of certified areas were recorded for Hungary (64.1%), Malta (61.2%) and Romania (58.9%), which means that there is a strong potential for growth additional certified area in these countries over the next few years. Due to the agricultural land conversion period of 2 to 3 years, a high share of area in conversion is necessary to avoid a stagnation in the growth of certified organic area.

Latvia is particularly successful in organic farming. The 2020 figures for organic livestock as a proportion of all livestock showed that in some EU Member States remarkably large shares of cattle, sheep and goats were reared organically, cattle and sheep and goats being the most popular species. There were over 4.5 million organic cattle in the EU out of a total of 76.5 million cattle declared in 2020.

Did you see an error?

Court cases call for removal of religious statues in France

Cali from Battle Creek is a brave pup full of love