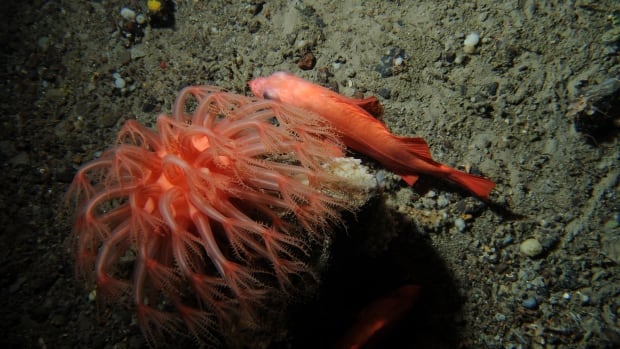 An area off the coast of Nova Scotia nearly four times the size of Cape Breton was declared a marine refuge by Canada on Wednesday – World Oceans Day.

The Eastern Canyons Marine Refuge is a 44,000 square kilometer strip of ocean that stretches from the edge of the continental shelf near Sable Island to Canada’s Exclusive Economic Zone more than 300 kilometers offshore.

“One of the greatest known [coral] aggregates in Atlantic Canada. You can think of it as an old-growth forest in the sea,” says Kristian Curran, DFO Regional Sustainable Harvests Manager for the Maritimes Region.

All bottom contact fishing – including trawls, pots and longlines – will be prohibited inside the marine refuge, except for a fishing area for small vessels that use longlines. It covers approximately 0.2% of the total area of ​​the refuge. All vessels operating there will be required to have federal at-sea observers on board.

The creation of the marine refuge will end the fishery with an average landed value of $700,000 a year in the region, Curran says.

“As a number, 700,000 is of course quite significant. But when we put it as a percentage of the total landed value of the wider management area [eastern Scotian Shelf] it’s pretty small on average, maybe 5% of the total is more from the eastern canyons,” he said.

Environmentalists have hailed one of the largest fishing closures in eastern Canada.

Fred Whoriskey, a scientist with the Ocean Tracking Network in Halifax, says the eastern canyons are critical habitat for many deep-sea species.

“These deep-sea areas are probably extremely important to the functioning of ocean ecosystems and we don’t understand them very well. So to have one that’s protected, that’s untouched [and] can serve as a natural laboratory is a very, very powerful tool and something that will be very good for the ecology of Canada,” said Whoriskey.

The area is adjacent to the Gully Marine Protected Area, the first of its kind in Atlantic Canada. Eastern Canyons was nominated for conservation under the Fisheries Act in 2018.

He has been criticized by some in the lucrative Nova Scotia halibut fishery, which will be blocked in most of the area.

“I don’t think about it too much,” says Andy Henneberry of ALS Fisheries in Sambro, Nova Scotia. “We are closing a productive area for the fishing fleet, the halibut fishing fleet. corals.”

Henneberry says the impact of the closure goes beyond the eastern canyons marine refuge – where the catch accounts for 5-8% of the fishery on the eastern Scotian Shelf.

“When you close one point the effort moves elsewhere and then you have a conflict with other fisheries and that makes it a test for the whole industry. When they close those areas they don’t look the whole impact, what that does to the industry. They just look and say, ‘Look what we’ve done for the environment. Look what we’ve done for the ecosystem,” Henneberry said.

The Conservatives’ federal fisheries critic, Rick Perkins, blasted the designation as “a contrived signal of virtue”.

“Fish swim and currents move. This government does not understand that there are no boundaries in the ocean that fish follow. In meetings with DFO, they have not been able to show me any science showing that fishing in this area was harmful to corals. Their only reference was to science in general. It’s hard to see how a halibut line had any impact.

“Our government is committed to working with indigenous and local communities and with all levels of government to conserve shared waters and protect the livelihoods of coastal communities for future generations,” Murray said in a press release. .

Susanna Fuller, vice president of operations and projects at Oceans North, says the creation of the Eastern Canyons “is actually starting to hit the end point of some of the conservation that we need on the continental shelf.” .

Despite Henneberry’s objections, she says the industry has been widely consulted.

“We need insurance for the future and protective areas for the fish to continue to reproduce. And I think anglers should feel good about that. They were at the table all the time, not always. agreed on everything, but really it was a pretty good process of going back and forth on boundaries, a lot of give and take. And usually when the process was done, people felt pretty good about it,” said Fuller.

The Atlantic Groundfish Council, which represents large fishing companies, was one of the industry groups consulted.

Spokesman Kris Vascotto said the council was disappointed the halibut fishery was not recognized because it’s possible fishing gear used near the refuge could drift inside.

Eastern Canyons is part of the The Government of Canada’s commitment to maintaining 25% of Canada’s oceans by 2025 and 30% by 2030.

DFO is working to finalize a plan to create more marine conservation sites on the Scotian Shelf and Bay of Fundy in Nova Scotia and New Brunswick.