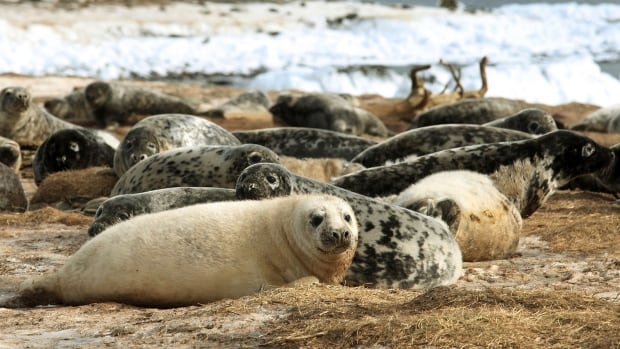 Atlantic Canada’s gray seal population continues to grow and is now estimated at 366,000, according to the 2021 stock assessment released Thursday by the Department of Fisheries and Oceans.

But DFO says the population is growing at a much slower rate than in previous years and, for the first time in 60 years, pup production is thought to have declined on Sable Island.

“Based on the results of a single survey, it is difficult to interpret the change in the trajectory of pup production on Sable Island. A single estimate of low pup production could also be the result of a year with a low birth rate,” DFO said. in its latest stock assessment.

She also estimated the Scotian Shelf population at 310,700 individuals, the vast majority from the Sable Island colony.

Scientists used a new model to estimate the population in the latest report. He converted pup production figures from aerial surveys to total population by combining reproductive and survival rates with the small number harvested by humans.

Applying the new modeling to his 2016 estimate produced a significantly lower result.

“This is the second assessment that has resulted in a significant downward revision to the previous estimate of gray seal abundance,” DFO said in its report.

He attributes the changes to a slower increase in pup production and his new counting method.

“The new model provides a significant downward revision to estimated juvenile survival and indicates that gray seal population dynamics are changing relatively rapidly in ways that are not well understood,” the report said.

The population is currently censused every five years.

The assessment indicates that more frequent surveys would help scientists better understand what is going on with gray seals.

Aerial reconnaissance surveys conducted along the south and east coasts of Newfoundland and the coasts of Nova Scotia and New Brunswick detected no new breeding colonies.

In the Gulf of St. Lawrence, new small colonies have been detected on the south shore of Anticosti Island and on two small islets near the Magdalen Islands.