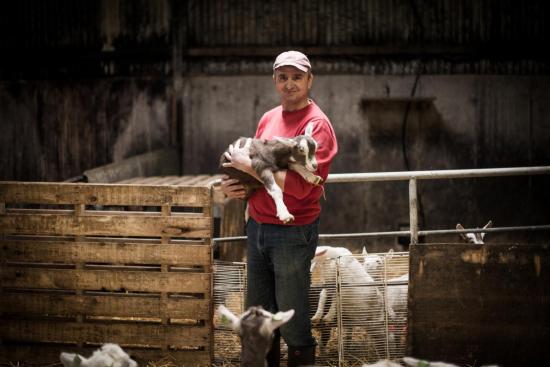 When I was in eighth grade, my class signed up for pen pals. I was assigned Angela from Ireland. We wrote all through high school and college, lost touch with each other as our lives got busy, and then reconnected on Facebook many years ago.

Kids today don’t have pen pals. Or write letters. I think they are missing something. It was so much fun learning about my Irish friend, her family and their customs. We exchanged photos and gifts. The big world suddenly felt smaller.

Social media has replaced the old pen pal program. My kids have friends from all over the world that they’ve never met except online. The whole world feels smaller today.

It is so interesting for me to learn more about their daily life. My feeds are filled with photos and stories of irrigation efforts in Botswana, coffee harvesting on a tribal farm in Uganda, dairy farming in Argentina, soybean and rice production in Japan, as well as Swedish goats and vineyards in France – just to start.

When war broke out in Ukraine, I started following several Ukrainian journalists, farmers and other accounts. Seeing their heartbreaking photos and hearing stories about their families took news from a faraway land and made it personal to me.

One of the benefits of using this technology to track farmers around the world is that you don’t have to speak their language. Just click on the “see translation” link under the messages, and the language is no longer a barrier.

This is a huge advantage over the old days of pen pals. I loved getting to know Angela, but since I only spoke English at the time, my choices when it came to country selection were quite limited.

Do some research on your favorite social media platforms and add farmers from all over the world. It will be interesting to see the differences in your lifestyles, and witnessing the similarities will make your world feel smaller.

Reducing the environmental impact of agriculture