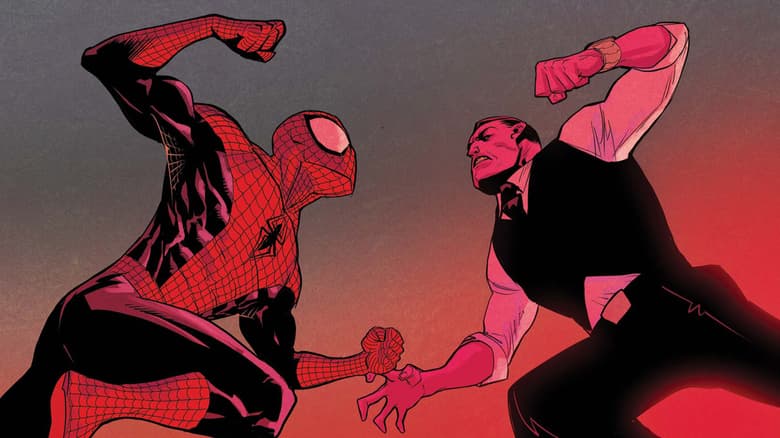 A year later, in the pages of PETER PARKER, THE SPECTACULAR SPIDER-MAN #129, we discover that The Foreigner had killed Lieutenant Keating and disguised himself as an officer. He was responsible for the murder of criminal Blaze and framed Spidey for the murder. That’s when Spidey discovers more about this illusory enemy. He realizes that not only did he not know the score; he didn’t even know the game.

Much to Peter Parker’s dismay, he discovers that his mistress and roommate Felicia Hardy aka Black Cat had conspired with The Foreigner. He interrupts the romantic antics of Black Cat and Foreigner. In their practice match, Spidey’s senses aren’t up to snuff as he discovers one of The Foreigner’s abilities – momentary hypnosis whenever he makes eye contact, causing him to pass out. of his opponent.

Throwing a bone to his old flame, Black Cat provides the police with photographic evidence that Spidey is innocent and not responsible for Blaze’s death, but Lt. Keating is. Back at his apartment, Peter receives a letter from Felicia explaining that she had conspired with Foreigner because she was angry at him for breaking up with her and then for his interference with Sabretooth. She ultimately orchestrated the previous events to play both him and The Foreigner as suckers. However, because she accidentally fell in love with him, she made sure Spidey wouldn’t get caught up in Foreigner’s business and sought to clear Spidey’s name in the process.

Licking his wounds from Black Cat’s betrayal, Foreigner escapes with the help of his ex-wife…Silver Sable. After all, he’s always had a thing for women with silver-blonde hair.

MoneyMutual Review – Reliable Loan Company Worth Using Or Not?