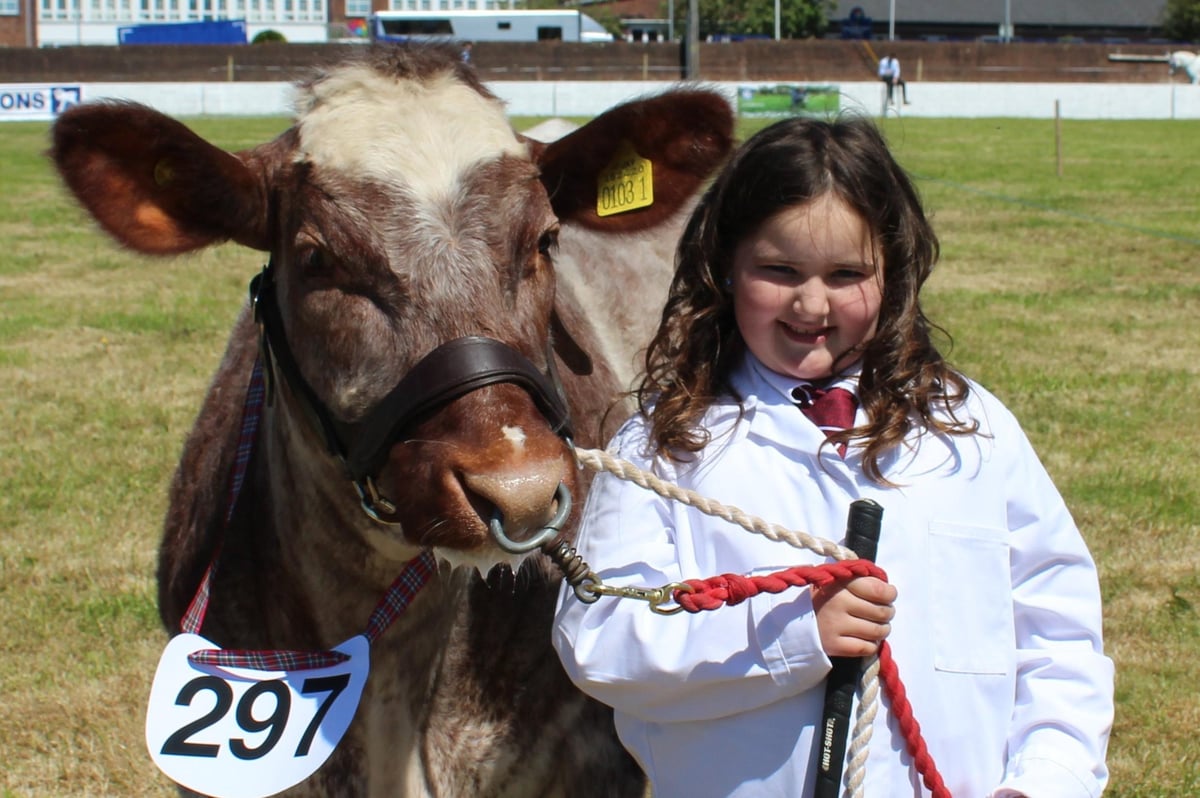 A ‘hum of excitement’ as Ballymoney and Lurgan shows return

Lurgan Park was teeming with offerings for competitors and spectators – cattle, horses, sheep, goats and a crowd favourite, pet classes!

There was an impressive display of vintage vehicles, as well as demonstrations of steaming, spinning and floral art.

Another great sight was the fantastic line-up of horse-drawn carriages.

Lurgan was also the first show to offer poultry classes, as remaining bird flu restrictions were lifted just in time.

The section was well supported and visitors to the show were delighted to see an impressive variety of birds and waterfowl in attendance.

With entries into the poultry and mutton classes, it was a very successful day for County Tyrone exhibitor Ryan McLaren.

His Golanview Berrichons have cleaned up the sheep rings, with a number of first-place finishes including Berrichon Pairs and Group of Three.

They took second place in the group of three crossbreeds before taking down champion breed with an aged ewe and reserve breed champion with a ram lamb.

Ryan also saw a few of his exhibits move up Champions Row in the Poultry Tent.

Meanwhile, at the Ballymoney Show, large crowds and lots of smiling faces were the order of the day.

After a three-year hiatus, the event has returned to showcase all that is good about farming and food in the North Antrim region.

A huge influx of cattle meant that judging continued well into the afternoon.

But the wait was worth it for the McLean family of Bushmills.

Earlier today, she was selected as the champion dairy crossbreed.

Judge Robert Hunter, of Shotts in Lanarkshire, described Rose as one of the best dairy cows in the UK today.

“She’s got it all: huge reach and an amazing mammary system,” he said.

“But her age must also be taken into account. At 10 years old and looking so fresh is an absolute testament to the quality of the cow.”

Rose had her sixth calf in January. She currently gives 60 liters of milk a day.

“At her peak, she was giving 75 liters from two daily milkings,” confirmed Iain McLean.

“Rose has already produced 115 tonnes of milk in her lifetime. And, hopefully, there’s more to come.

He continued: “The plan is to produce embryos from the cow over the next few months.

“She’s a real star. Her pedigree takes her back to one of the most famous and renowned cow families in North America.

Meanwhile, Beef Interbreed judge William McIlroy was convinced he had unearthed a true star of the future.

His favorite animal was a very eye-catching Limousin heifer exhibited by William Alexander of Randalstown in County Antrim.

Jalex Resta is a heifer at weaning with enormous length, beautiful legs and exceptional hindquarters.

The Sheep Interbreed Championship at Ballymoney was won by Alistair Moore, of Ballymena, with an outstanding two-clipping Charollais ewe.

Sheep Interbreed Judge Sam McClymont – from Selkirk in Scotland – described the quality of the sheep presented to him throughout the day as exceptional.

Agriculture Minister Edwin Poots visited both events on Saturday and announced an extension to the closing date of his £200,000 rebound support scheme for local agricultural shows.

The deadline for submitting applications will be extended by four weeks to June 30, he revealed.

“It was fantastic to visit two of our very popular agricultural shows and meet farmers, food producers and visitors,” said Minister Poots.

“Shows like these are essential to supporting our rural communities as well as boosting tourism and the local economy.

“Like many similar key agricultural shows they have been canceled due to the Covid-19 pandemic meaning they have lost the opportunity to raise funds so I am delighted we have been able to extend the date. closing date of the £200,000 Bounceback Program and I encourage organizers to submit their applications and relevant documents as soon as possible.

“It was great to see the shows today buzzing with excitement as well as showcasing our great local produce and livestock and I look forward to visiting many more over the weeks and years. coming months – all key events of the year,” he concluded. .

Goat farming: The crucial quality in building your herd